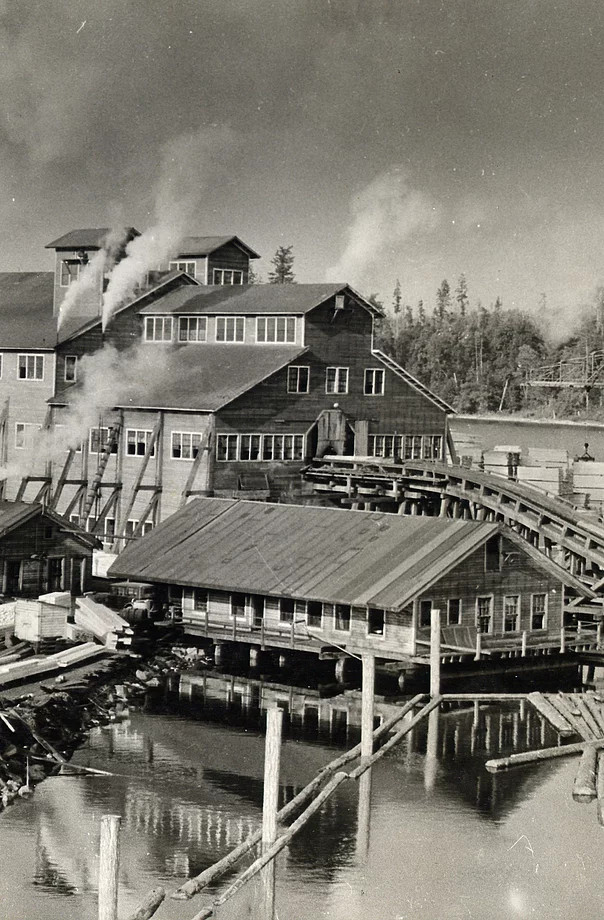 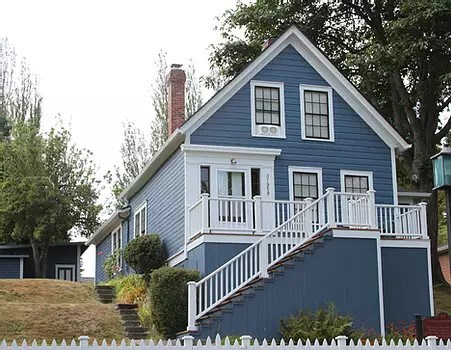 ​The sawmill that William Talbot and Andrew Pope founded on Gamble Bay in 1853 remained in operation until Dec. 1995. It was the longest continually operating mill in the United States at that time. Now, the mill is gone, but the little town that grew up around it gives visitors a chance to see how early lumbering communities looked and functioned. Fewer than 1,000 settlers lived on the Sound in 1853, and most of them were busy felling enormous trees, or working in mills that sawed the logs into lumber for the San Francisco market. Their mills were built close to the water for easy transport, and their towns were built on the bluffs above. Their communities closely resembled the New England or Midwest Villages where they had been born. Steepled churches and gabled clapboard houses with steep roofs and picket fences were common, but these simple buildings were soon replaced with more updated and stylish structures when the rail tied the region to the East in the 1880’s. Change moved slowly in Port Gamble because it was a company town. Some early buildings remained in use, and Pope & Talbot continued to construct many structures in a modified New England style.

Pope & Talbot was a leader in both lumbering and shipping. Prudent business practices helped the company weather severe economic downturns that bankrupted many of its competitors. It shipped Port Gamble lumber to Australia, Peru, England, Hawaii, and other points around the globe. It burned sawdust to power a “flouring” mill. It welcomed settlers throughout the region to shop at the town’s general store, a particularly welcome source of income in the early years.

​On November 30, 1995, the mill whistle blew its last time in Port Gamble. Pope & Talbot made the decision to close the mill; until its closure, the mill was the oldest continuous operating mill in North America.

In 1996 new life was brought into the town of Port Gamble. Pope Resources reacquired the town and set about refurbishing it to its glory days. In this long-term commitment to Port Gamble, Olympic Property Group is in charge of maintaining the houses, buildings, all common lawn areas, cemetery, church, museum and the water/sewage treatment plants. This is the long-term commitment that the founding fathers made to the ten men from Maine who trusted them enough to make that first journey. Today Port Gamble is still a company town. The family homes are available for lease, as are company offices. The quaint New England church is the site of many destination weddings, along with the outdoor Hood Canal Vista Pavilion. Check our web page for an up-to-date listing on rentals, weddings or events at www.portgambleweddings.com or call us for more information at 360.297.8074.